Welcome to the book blitz for WINTER KING, the first book in the adult paranormal fantasy romance series, The Wyth Courts, by J.S. Dark. See below for information on the book, buy links, an exclusive excerpt, and details on her giveaway. 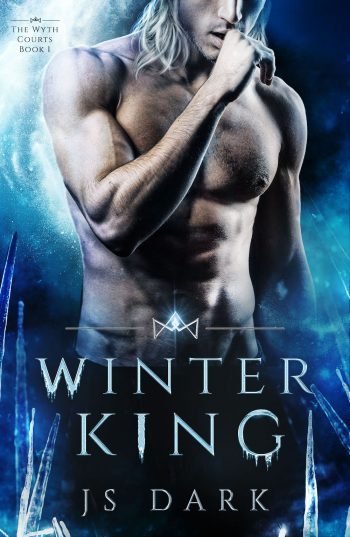 Synopsis
His court is dying, and she’s his only hope …

Monsters of the Tywyll Forest have poisoned the Winter Court, unleashing a prophecy that demands a human sacrifice to save the withering land. Willing to do whatever it takes to save his people, King Cadewyn of the Winter Court ventures to the human world in search of one insignificant life to claim…

Amber was used to her life being in shambles, but getting kidnapped and whisked off to a magical fae realm was a new low even for her. While feeling drawn to the fae King by a sizzling attraction, her apprehension builds to a panic when she finds out why she was brought there.

When Cade discovers that Amber is his mate, can he carry out his plan to sacrifice her? Or will the malicious plotting of others within the court leave Amber trapped in the mystical realm with nowhere to run?

Winter King is a standalone steamy paranormal romance with a HEA. Each book in the Wyth Courts series will feature a different couple, with a complete story, and a HEA. Suited for readers 18+ due to language and sex scenes. Excerpt
I hadn’t expected movement in the middle of the night, but sure enough, the female human left her apartment building in a hurry just after four in the morning. She hugged a thin jacket over a tee and sweatpants. A second later, a taxi showed up and she boarded it.

Where in the freezing ice was she going at this time?

Regardless of my thoughts, I changed into my wolf form and followed her.

Right after Haera told me how to save my people, I used my medallion to teleport to the human world. Haera had helped. She cast a spell over me, saying I would end up near the one I needed to save my court.

When she told me that, I scoffed. A selfless, pure-hearted human? Those were like myths. They didn’t exist. But Haera assured me I just had to get near the human and I would know.

The moment I saw Amber leaving the restaurant after being fired, with her long, black hair whipping on the chilly wind and her bright green eyes looking up at the clear skies full of hope and wonder, I knew it was her. Not because she was absolutely stunning and I couldn’t take my eyes off her, but because the pull I felt deep in my core told me that she was the one I needed.

She was the only one who could save my people. 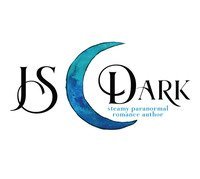 About the Author
J.S. Dark is the pen name of a USA Today bestselling author. As J.S. Dark, she writes steamy paranormal and fantasy romance, with red hot heroes and their sassy soulmates. Her passion for books started when she was very little, and her first novel was penned at only thirteen years old. She lives in North Carolina with her husband, two kids, and way too many books!