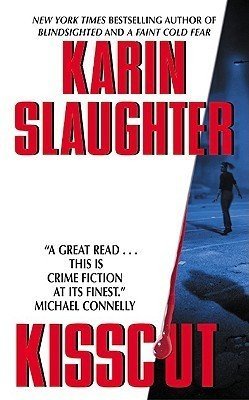 Synopsis
Saturday night dates at the skating rink have been a tradition in the small southern town of Heartsdale for as long as anyone can remember, but when a teenage quarrel explodes into a deadly shoot-out, Sara Linton–the town’s pediatrician and medical examiner–finds herself entangled in a terrible tragedy.What seemed at first to be a horrific but individual catastrophe proves to have wider implications. The autopsy reveals evidence of long-term abuse, of ritualistic self -mutilation, but when Sara and police chief Jeffrey Tolliver start to investigate, they are frustrated at every turn.The children surrounding the victim close ranks. The families turn their backs. Then a young girl is abducted, and it becomes clear that the first death is linked to an even more brutal crime, one far more shocking than anyone could have imagined. Meanwhile, detective Lena Adams, still recovering from her sister’s death and her own brutal attack, finds herself drawn to a young man who might hold the answers. But unless Lena, Sara, and Jeffrey can uncover the deadly secrets the children hide, it’s going to happen again

My Review
Kisscut is darker than Blindsighted and far more gripping. There are so many moving parts, it’s impossible to figure out what’s going on until the end. Even the subplots are engaging. First, there’s Sara and Jeffrey’s relationship. We take a trip back to Jeffrey’s childhood home and learn more about how he and Sara originally met and fell in love. Then there’s Lena’s recovery from the horror she endured in Blindsighted, and the weird kinship she feels with the brother of one of the young victims. And there’s Jeffrey’s unresolved guilt over shooting a teen girl, even though he didn’t really have a choice. Last but not least, running through all of that is why the girl put herself in a position that the police had no recourse but to shoot her, who took a young girl and why, and how the two are related.

Karin Slaughter does a masterful job of handling all of the subplots and the main plot, interweaving them, and keeping us on the edge of seats, wondering how they all intersect with one another. And they do, almost perfectly. The only thing that keeps this from being a five-star rating is the stomach-turning nature of parts of the story. While they were key to the plot, it kept me from loving the story, even if it is a page turner.

Plot
The plot was intense, and unique, and riveting. It was nearly impossible to put down at times. The subplots provided additional interest and the twists and turns kept me guessing until the end. But because of the nature of the crime and the people involved, it takes a strong stomach. Definitely not for the faint of heart or anyone who is easily offended. I know a lot of people complained about the disturbing nature of the crime and claimed the author was glorifying it. In no way is the crime glorified. It is detestable, but it is something that happens every day in this country, and pretending it doesn’t, won’t make the problem go away.

Characters
There were a lot of characters and they were often difficult to keep track of, but not to the point that I couldn’t keep up with the plot. I love that we get to dig deeper into our favorite characters from Blindsighted and learn more about Jeffrey, Sara and Lena. Karin Slaughter doesn’t try to gloss over the effects of what happened. The characters grapple with what happened, particularly Lena. This is something that I don’t think is done often enough in serial thrillers. Too often, characters just bounce back and go on with life, with very little reflection on what happened other than passing references. But what Lena endured at the hands of her attacker in Blindsighted becomes very much a part of who she is and the decisions she makes throughout Kisscut.

Bottom Line
Kisscut is an intense thriller that is equal parts moving, gripping, and disturbing. But it never failed to keep me turning the page, right to the very end. Sure, I felt like I needed to take a shower afterward, but isn’t that what a good thriller does?