Book Review – Such a Pretty Face by Cathy Lamb 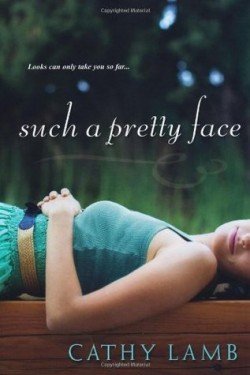 Such a Pretty Face by Cathy Lamb

Synopsis
In this warm, funny, thoroughly candid novel, acclaimed author Cathy Lamb introduces an unforgettable heroine who’s half the woman she used to be, and about to find herself for the first time…

Two years and 170 pounds ago, Stevie Barrett was wheeled into an operating room for surgery that most likely saved her life. Since that day, a new Stevie has emerged, one who walks without wheezing, plants a garden for self-therapy, and builds and paints fantastical wooden chairs. At thirty-five, Stevie is the one thing she never thought she’d be: thin.

But for everything that’s changed, some things remain the same. Stevie’s shyness refuses to melt away. She still can’t look her neighbors’ gorgeous great-nephew in the eye. The Portland law office where she works remains utterly dysfunctional, as does her family—the aunt, uncle, and cousins who took her in when she was a child. To top it off, her once supportive best friend clearly resents her weight loss.

By far the biggest challenge in Stevie’s new life lies in figuring out how to define her new self. Collaborating with her cousins to plan her aunt and uncle’s problematic fortieth anniversary party, Stevie starts to find some surprising answers—about who she is, who she wants to be, and how the old Stevie evolved in the first place. And with each revelation, she realizes the most important part of her transformation may not be what she’s lost, but the courage and confidence she’s gathering, day by day.

As achingly honest as it is witty, Such A Pretty Face is a richly insightful novel of one woman’s search for love, family, and acceptance, of the pain we all carry—and the wonders that can happen when we let it go at last.

My Review
There were many things to like about this story. Stevie is delightful and surrounded by a colorful cast that plays more like a sitcom than the tragic story it is. In fact, it alternates between humor and gut-wrenching anguish at a manic pace. The story opens with a horrific tale of loss at the hands of her mentally ill mother. As the story progresses, Stevie must come to accept her past if she’s going to move forward and have a future. And with any luck, that future might involve hunky neighbor, Jake.

Plot
The plot is jagged. It moves in so many directions, it’s hard to keep straight at times. First, there’s the overarching plot of Stevie dealing with her demons. After feeding her grief and guilt with comfort foods, she balloons to over 300 pounds and has a heart attack at the age of 32. That’s the wakeup call she needs to lose  the weight and transform herself on the outside. But the biggest issues are the wounds no one can see, the ones she does everything to hide. Then there’s the subplot with Jake, another with a coworker, another one with her art and still another with the family drama. At times it feels like there are too many balls in the air, until it becomes clear they’re linked. Once Stevie learns how to cope with her past, everything feels a bit like a juggling act.

Characters
This is a character-driven story and Stevie’s character is solid, deep, and authentic. But many of the other characters are not. Some feel like cliched stereotypes that are so over the top, they’re completely unbelievable.

Bottom Line
The story was good, but could have been so much better with a stronger supporting cast.  But Stevie kept me coming back. I loved her and I wanted to see her succeed.