Acorn Publishing and award-winning author, Alexa Kingaard, are revealing the cover to KEEP FOREVER, a standalone adult historical romance/women’s fiction, releasing April 30, 2020. See below for the cover, information on the book, and a link to add it to your Goodreads TBR. 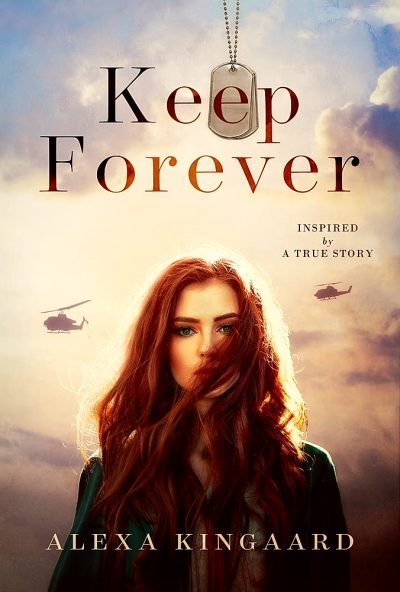 Synopsis
“Unlike some war stories that focus on intense, harsh and graphic depictions of post-combat trauma, this tale unfolds gently, like an Edna Ferber novel, spread across many decades, detailing the impact this soldier’s illness has on an entire family, including children and grandchildren. KEEP FOREVER is a wonderful, emotionally satisfying read that I highly recommend. ”
GARY SEIGEL, author of “Haskell Himself”

Paul O’Brien’s idyllic childhood in Southern California comes to a halt when his mother dies in the summer before his senior year of high school and a very different persona of his father emerges – isolating himself inside the house, turning to alcohol for comfort, and barely noticing his only child. Simultaneously, the war in Vietnam is sending shock waves around the world and young men from one coast to the other are being called upon to serve. Paul enlists in the Marines before receiving his draft notice.

Elizabeth Sutton is eager to gain some independence from her father’s old fashioned notions and looking forward to her first year in high school.  At fifteen years old, tragedy strikes with the loss of both parents in an auto accident, turning her childhood into one of responsibility and worry overnight.  The four siblings are scattered when her nine-year-old twin sisters are sent to live with their Aunt and Uncle on Nantucket Island, and Elizabeth is left behind in Boston with their grandmother.  Her older brother, Sam, enlists in the Marines, eager to join the conflict a world away as opposed to dealing with the one unfolding at home.

A bond develops between Paul and Sam in Vietnam, and both are injured in a bloody battle that costs Sam his right hand and sets the stage for a lifetime of nightmares and sleepless nights for Paul.  Matched by similar tragedies at a young age, Elizabeth and Paul’s first introduction by Sam upon their return from Vietnam is the beginning of friendship and love that survives five decades.

After marrying, welcoming their first child, and inheriting a small beach house, the couple adapts to their new surroundings, but distant memories of Vietnam continue to haunt Paul.  In an era when veterans refuse to speak of their pain and the government denies that thousands of soldiers are coming home irreparably damaged, he is left to deal with the challenge of caring for his loved ones amidst his his erratic flashback episodes and moods. As their lives unravel from the lingering effects of PTSD,  Elizabeth learns to accept the burden that Paul brought home, and together they make their own memories to keep forever.

Inspired
By
A True Story 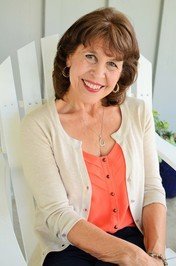 About the Author
Alexa Kingaard was born in San Diego, CA and has lived most of her life in the area. She currently resides in Carlsbad and is the mother of an adult son and daughter who continue to be her biggest fans and cheerleaders. A realtor for fifteen years, she remains involved with her profession and praises her brokers and clients for giving her the nod to be creative.

She gives all the credit for completing her debut novel, KEEP FOREVER, to her inspiration and late ex-husband, Jeff, who battled the residual effects of the Vietnam War for decades after his return.

Her second novel, MY NAME IS ROSE, will be released through Acorn Publishing March 15, 2019.