Cover Reveal – Excerpt + Giveaway – TAKE ME IN THE NIGHT by R.L. Kenderson

Authors R.L. Kenderson are unveiling the cover to TAKE ME IN THE NIGHT, a stand-alone adult contemporary romance, releasing September 21, 2018. See below for the cover, information on the book, pre-order links, and an exclusive excerpt. 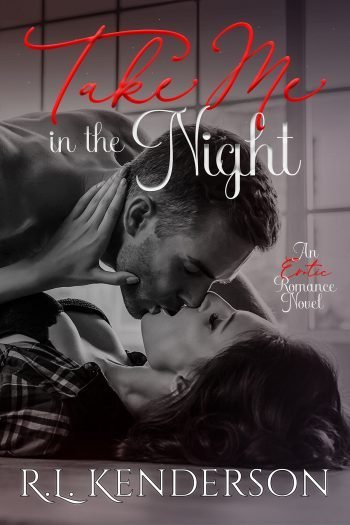 TAKE ME IN THE NIGHT by R.L. Kenderson

Synopsis
First, he took my heart.

It started in high school. I was his girlfriend…he was the love of my life. We had plans for after graduation. We were going to escape—he from his family’s reputation and me from my father’s control. But all that changed the summer before college. Charged with a crime he hadn’t committed, he was whisked away from life, never to be heard from again.

Then, he takes my body.

Twelve years later, he’s back. He’s bigger, he’s tougher, and he’s harder around the edges. He’s no longer the boy I fell in love with. But I’m no longer the girl who gave him her heart. Everything’s changed between us. Anger, resentment, and bitterness have replaced happiness, love, and trust. Except for when darkness falls. That’s when he comes to me at night, taking what is still his.

When the lines between our old love and our new hate begin to blur, I know that, this time, I might not survive if he leaves.

Excerpt
I didn’t know who was more surprised—Addison or me.

I certainly hadn’t expected her to walk through the door. When Foster had told me that he was going to get a lawyer, I had been so surprised that Brook Creek had one that I didn’t even think to ask who the person was.

She turned around. “Please close the door,” she said to Whitlock, her voice firm and full of authority.

It wasn’t the only firm thing in the room.

Whitlock shot me a dirty look before closing the door, and Addison turned back around.

She gestured toward the table. “Can we please sit?”

I shrugged, pulled out the chair closest to me, and sat.

Addison did the same and took out a notebook and pen from her purse. She started writing things down, and I took the opportunity to study her. Her chestnut hair had been down to her ass in high school, but now, it was only a couple of inches past her shoulders. Her breasts strained against the top, and I was pretty sure they’d gotten bigger since I last saw her, which was saying something because she’d had a pretty impressive set of tits back then.

And I couldn’t see it now, but I had noticed her nice, round ass before she sat down. Her black pants were so tight that I was ninety-nine percent positive she was going commando or wearing a thong. No panty lines for Addison.

“Foster picked me up from the airport. I was driving my brother’s car when I got pulled over. Next thing I knew, Whitlock was putting handcuffs on me.”

I scowled. “Fuck if I know. That asshole’s always had a hard-on for me.”

She sighed. “What was his reason? What did he tell you?”

I snorted. “That I was speeding.”

“I was going fifty-eight in a fifty-five.”

“Other than the fact that I was driving? No.”

“As I recall, you didn’t always follow traffic laws.”

Her comment had me thinking of all the times we’d driven around in my beat-up Chevy truck and the things we’d done in it besides driving. It seemed Addison was thinking the same thing.

I totally recognized the look on her face.

It was the same one she used to give me before she pulled down my pants and sucked my cock into her mouth.

I’d grown up around adults with loose morals, so it was no shock that I’d lost my virginity at fourteen to my mom’s friend’s daughter. She was sixteen when she came to my house, looking for her mother. Her mom and my mom had left twenty-four hours earlier to go on a bender.

So, Sheila took me to the room I shared with my brother and showed me the things she liked to do in bed. I lasted all of twenty seconds before blowing my load, but thankfully, Sheila gave me a few more rounds that I used to make it up to her.

That was just the beginning. For a while, I had fucked anything that I could.

But Addison had grown up completely different from me. She had been a virgin when she and I started dating. Everything she knew in the bedroom, she’d learned from me. Including how to give the best fucking blow jobs.

I tilted my head to the side. I wondered if she still gave good head. 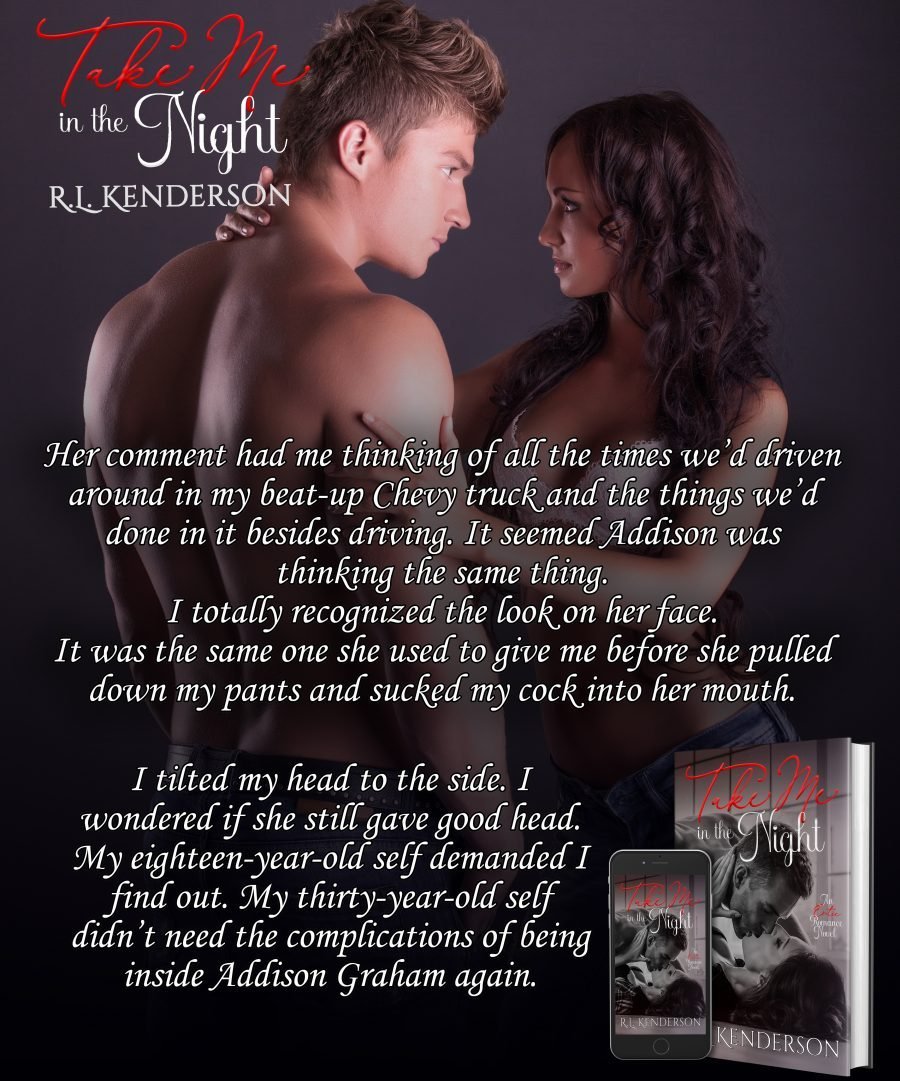 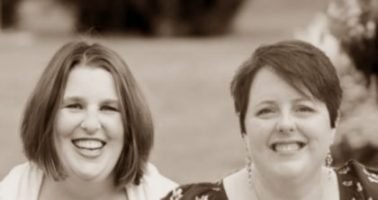 About the Authors
R.L. Kenderson is two best friends writing under one name.

Renae has always loved reading, and in third grade, she wrote her first poem where she learned she might have a knack for this writing thing. Lara remembers sneaking her grandmother’s Harlequin novels when she was probably too young to be reading them, and since then, she knew she wanted to write her own.

When they met in college, they bonded over their love of reading and the TV show Charmed. What really spiced up their friendship was when Lara introduced Renae to romance novels. When they discovered their first vampire romance, they knew there would always be a special place in their hearts for paranormal romance. After being unable to find certain storylines and characteristics they wanted to read about in the hundreds of books they consumed, they decided to write their own.

One lives in the Minneapolis/St. Paul area and the other in the Kansas City area where they’re a sonographer/stay-at-home mom/wife and pharmacist/mother by day, and together they’re a sexy author by night. They communicate through phone, email, and whole lot of messaging.