Entangled Teen and author Monica Sanz are revealing the cover to MIRROR BOUND, the second book in the young adult paranormal romance/mystery suspense series, The Witchling Academy, releasing September 2019. See below for the cover, information on the book and series, and preorder links. 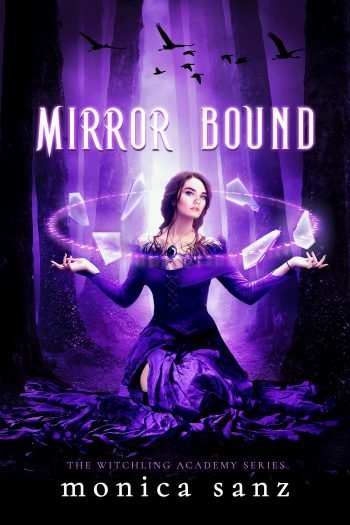 Seraphina Dovetail is used to being called all these things. As the seventh-born daughter to a witch, and the cause of her mother losing both her powers and her life, Sera has always felt isolated. Until Nikolai Barrington.

The young professor not only took an interest in Sera—he took her into his home, hired her for his moonlighting detective agency, and gave her the one thing she’d always dreamed of: a chance. Under Barrington’s tutelage, Sera can finally take the School of Continuing Magic entrance exam to become an inspector and find her family. Now if only she could stop her growing attraction to her maddening boss—which is about as easy as this fiery elementalist quitting setting things on fire.

But when ghosts start dragging Sera into possessions so deep she can barely escape, and then the souls of lost witches and wizards appear trapped in mirrors, these two opposites will have to work together to uncover a much deeper secret that could destroy the Witchling world… 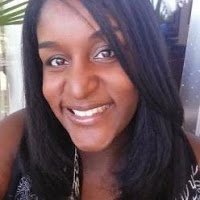 About the Author
Monica Sanz has been writing from the moment she could string together a sentence. Her stories have come a long way from mysterious portals opening in the school cafeteria, transporting classmates to distant worlds. A classic by the name Wuthering Heights is responsible for that. She’s been lost to dark romances and brooding fictional men ever sense. Now she writes about grumpy professors, cursed ringmaster, tortured soul collectors, and the girls they fall in love with. Monica’s books have received many accolades on the social writing website Wattpad. She’s accumulated over six million reads, eighty thousand votes, and fifteen thousand comments since posting her books on the website. She is also a member of the Wattpad4, a group of writers who host weekly Twitter chats on the subjects of writing and publishing.