Author Missy De Graff is unveiling the cover to THE ROGUE’S FATE, an adult urban fantasy, releasing in the fall of 2017. See below for the cover, information on the book, and a link to add it to your Goodreads TBR. 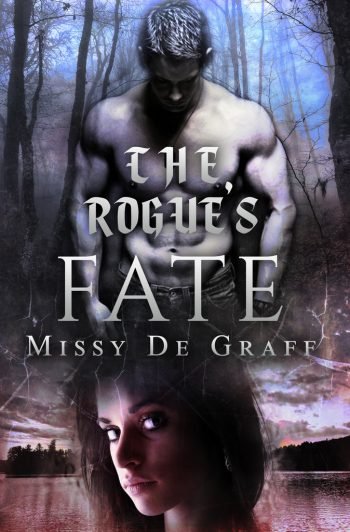 Synopsis
If your life hung in the balance, would you choose to make your own destiny or leave your life to fate?

Lucinda Raven is being hunted by her ex-lover, a controlling rogue Alpha, who is determined to perform the sacred mating ritual that will bind them together forever. Knowing nothing will keep him from carrying out his ruthless plan, Lucinda is on the run and seeks refuge in the territory of an old friend.

Caidan Moone, cursed Alpha of the Blood Moone Pack, has a tortured history that haunts him daily. He sees the arrival of this beautiful and alluring nomad as a chance at redemption from his prior failures and invites her to stay, despite the danger it brings to the entire pack.

As Caidan and Lucinda grow closer, her two worlds collide and Lucinda must face the events of her dark past in order to save the future. Will Caidan be able to protect her without sacrificing his pack? Or will she end up bearing the mark of her psychotic ex? 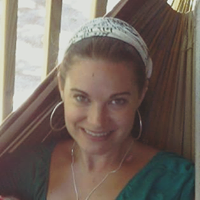 About the Author
Missy has always been an avid reader and lover of all things that go bump in the night, but it wasn’t until 2009 that she was inspired by a friend and coworker to begin putting pen to paper. She began weaving together worlds of romance and intrigue, mixed with paranormal elements, suspenseful storylines, and addicting characters.

In 2014 she discovered the wonderful world of Wattpad and that is when her writing took on a new meaning. She first posted fanfiction for the outstanding community of Wattpad to read. And after a welcoming response, she began sharing her own work to include short stories, flash fiction, and contest entries. You can also find Missy on Radish Fiction under the name @Dream_Craziness, where she posts a New Adult Fantasy story with Paranormal elements, as well as on Inkitt. Be sure to stop by and say hi, she loves hearing from her readers.

Missy reside in the foothills of the Appalachian mountains, she is a bohemian by nature & a Gemini by birth.