Excerpt Reveal – FOLLOW ME BACK (Fight for Me) by A.L. Jackson

New York Times and USA Today bestselling author, A.L. Jackson is unveiling the cover to FOLLOW ME BACK, the second stand-alone book in her adult contemporary romance series, Fight For Me, releasing February 5, 2018. See below for information on the book and series, pre-order links, and the exclusive excerpt. 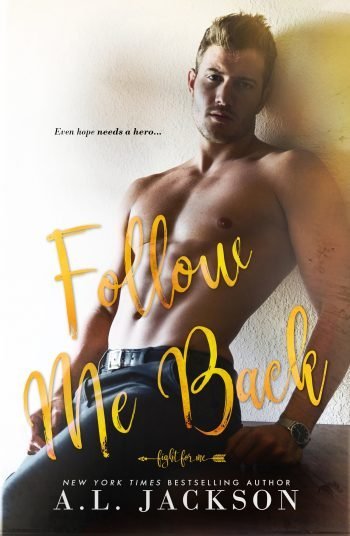 Synopsis
Kale Bryant. Arrogant. Gorgeous. Commanding. This ER doctor is married to his job. His only vice is one-night stands and short-lived flings. He learned a long time ago loving someone isn’t worth the risk.

Harley Hope Masterson. Beautiful. Brave. Sweet. The owner of a small coffee shop knows what it’s like to struggle. Embroiled in a bitter divorce, she’s threatened with losing everything.

When Kale accepts a new position down the street from Hope’s shop, he begins to question every wall he’s built around his heart. He wants her in a way he hasn’t wanted anyone.

One touch is fire. One kiss, and he’s spinning out of control. But taking her won’t come without consequences.

Hope is in for the fight of her life. One neither of them saw coming. Now Kale must decide if loving her is worth risking it all.

She will fight with everything she has. But sometimes even hope needs a hero . . . 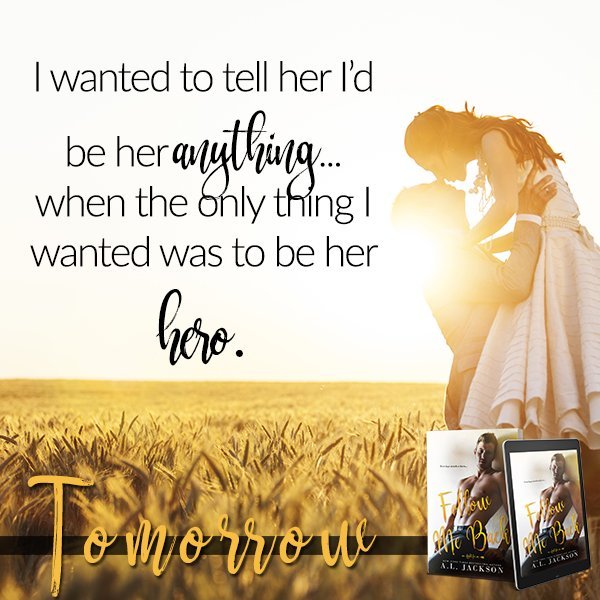 Excerpt
I watched him stride across the café toward the door, hating the way everything tightened when he did.

His or mine, I wasn’t sure.

But it was there.

Pressing on my heart.

I couldn’t stop from watching him through the big windows as he started down the sidewalk, the man a scorching silhouette in the blaze of the day.

But he didn’t climb into his car that was parked at the curb.

He began to pace.

Back and forth right on the other side of the window.

His head tilted back toward the sky, as if it might hold an answer, before he set his coffee and the lollipops down on one of the open tables, dug in his pocket, and pulled out his phone.

“You’re an idiot,” Jenna hissed from beside me. “That guy likes you, and he’s literally the hottest thing to ever walk through that door. And he bought All. The. Lollipops.”

Maybe that was part of the problem.

“I don’t get simple,” was my response.

“What if he doesn’t want simple?”

I would have answered her, told her that in the end, everyone did. They always took the easy way out when the going got tough. Except the café phone rang. I moved for it, thankful for the distraction, something to keep my feet from rounding the counter and running after him.

Because what the hell would that accomplish?

I lifted the receiver from the wall and pressed it to my ear. “A Drop of Hope. How can I help you?”

“Go out with me.” His gravelly voice echoed through the line.

A surprised sound whispered from my lips, and Kale was suddenly at the window, his face pressed to the glass, hand shading his eyes so he could see inside. His other hand was holding his cell to his ear. “Go out with me, Hope. Just dinner. Because I can’t fucking stop thinking about you. Couldn’t after I saw you the first time at Olive’s on Friday night. It only got worse after I saw you here Monday morning. I don’t know what it is about you . . . but there’s something that makes me want to figure it out.”

My breaths were hard pants, my heart a jackhammer in my chest. “My life’s complicated, Kale.”

“And I’m offering you a night away from it. Don’t you at least deserve that?”

I wanted to beg him, what then? What happened if I fell for that smirk and that smile and those tender eyes?

I could already feel myself slipping. My heart tipping his direction.

What happened if Dane found out?

But I was so tired of that man controlling every aspect of my life, even after I’d made the decision to cut him from it.

Jenna was suddenly in my face, gripping my wrist, her voice a hard, demanding whisper. “You tell him yes, Harley Hope. Don’t you dare hang up that phone without telling him yes. You deserve something just for you. Just for you.”

But it was the feeling balled in my stomach that trembled the floor beneath my feet.

The urge to reach out and touch on the beauty and tenderness that swam in his eyes. To discover if it was real.

The throb of desire that begged, a whisper in my ear that goaded—just one touch.

The hidden need to feel those hands skating my flesh.

I guessed I’d thought I’d never crave that again, my life fulfilled, my spirit content in knowing I was living for what was right.

Jenna squeezed tighter, my bossy best friend mouthing the word as she angled her head with the demand. “Say yes.”

It was at the same second Kale fisted his hand against the window, his forehead rocking against it, his own words a petition. “Come on, Hope. Say yes. I promise you, you won’t regret it.”

A hint of playfulness came out on the last, but it didn’t matter, because I was agreeing.

“Yes,” I murmured, wanting to feel something good even though I wasn’t so much a fool that I didn’t know I was making a mistake. That in the end, it wouldn’t hurt.

Because it already felt as if this mattered.

As if he mattered.

He breathed out in what sounded like relief. “Just dinner.”

As if anything could ever be as simple as that. 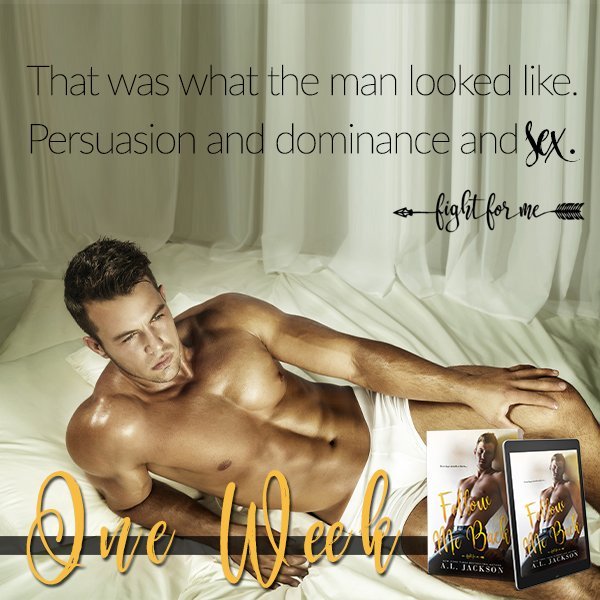 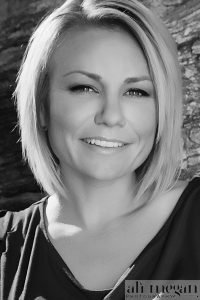 About the Author
A.L. Jackson is the New York Times & USA Today Bestselling author of contemporary romance. She writes emotional, sexy, heart-filled stories about boys who usually like to be a little bit bad.

Her bestselling series include THE REGRET SERIES, CLOSER TO YOU, as well as the newest BLEEDING STARS novels. Watch for the next installment STAND, coming Spring 2017.

If she’s not writing, you can find her hanging out by the pool with her family, sipping cocktails with her friends, or of course with her nose buried in a book.

Be sure not to miss new releases and sales from A.L. Jackson – Sign up to receive her newsletter http://smarturl.it/NewsFromALJackson or text “aljackson” to 24587 to receive short but sweet updates on all the important news.