Welcome to the blog tour for THE SINFUL SCOT, the third book in the adult historical romance series, Saints & Scoundrels, by Ruby Award winning author, Maddison Michaels. See below for information on the book and series, buy links, an exclusive excerpt, and a link to add it to your Goodreads TBR. Synopsis
Constance Campbell, the Duchess of Kilmaine, once believed that all she needed in life was a duke. But everything unraveled when she realized her perfect husband was a perfect monster. Now broken beyond repair, she hides her misery behind a perfect Society mask…even from her childhood friend, Alec.

Dr. Alec McGuinness reluctantly finds himself back in Scotland, and checking up on the only woman to ever get under his skin, Connie. After she spurned him many years ago, he knows his humble life as a doctor could never be enough for her. But when the Duke of Kilmaine is murdered in cold blood, with Connie sleeping right next to him in bed, Alec knows he must protect Connie at all costs from those who would frame her for the duke’s murder.

Now on the run, Connie feels a freedom she only ever dreamed about before, and an unexpected attraction to the man who is keeping her safe. But even if they can win her freedom and clear her name, could she ever open her heart up to someone again?,

Excerpt #3
“Oh my goodness. Are you jealous?” She’d always been scared when Duncan had been jealous, but with Alec, the thought thrilled her, especially because she knew he would never hurt her. And it also meant he cared, even if it was only a little bit.

“Dammit! You want the truth? Then, hell yes I am.”

The admission sent an arrow of warmth to her heart. To hear he was jealous not because of memories of Elise but instead because of Connie’s own interactions with Iain was such a relief. “I’m glad.”

“That’s all you can say? You’re glad?” He dragged a hand through his hair. “I wanted to rip my brother’s throat out for daring to look at you like he was. I have never, ever had such impulses before. Even when I caught him kissing Elise, I didn’t think of wanting to pummel him, instead I was just coldly furious. But it’s different with you. You seem to bring out my primal instinct, and it scares the hell out of me.”

“There is no need to be scared. I know you would never act on those impulses. You heal people, Alec, not hurt them.” She leaned over and grabbed the collar of his jacket, slowly pulling his head down toward her own. “I’m glad you were jealous, because it means you care.”

“This is a very bad idea,” he gruffly whispered as his mouth lowered ever closer to hers.

“Shh,” she hushed him. Before her lips pressed against his.

A feeling of sublime delight coursed through her at the touch of his lips. She’d been wanting to kiss him again ever since their first time.

Initially, she could tell he was battling his inner demons, but his resistance crumbled in a second when his hands grabbed her skirts from behind and pulled her tightly against him.

She groaned as she felt the hard length of him pressing against her belly. Reaching her hands up farther over his shoulders, she pushed herself even closer toward him, her breasts now firmly against his chest.

It was he who groaned this time before his lips began to gently devour hers. Softly at first, they teased her mouth open, and then his tongue began caressing her own, and Connie thought she would combust.

The kiss deepened, both demanding more of each other.

Her heart was racing, and all she wanted him to do then was cart her off to the nearest bedroom.

The sound of someone’s throat clearing gradually penetrated her awareness.

With a start, Alec and she pulled apart.

Malcolm was standing just down the hallway, a grin splitting his face from ear to ear. “I do hate to interrupt, but I’d come to see if you wished to go down to the celebrations. Though I see you’ve begun them early.”

Connie didn’t know whether to laugh or feel mortified. Perhaps a combination of both.

“God damn it, Malcolm, you have the world’s worst timing,” Alec cursed.

In reply, the grin on Malcolm’s face grew only wider. “Come on, then, you two. Let’s get a move on.”

Glancing over to Alec, she was comforted to see he was breathing as hard as she was, and there was a hunger in his eyes that he couldn’t disguise. It filled her with confidence. Clearly, their kiss had affected him as much as it had her. And she was going to use that knowledge.

As soon as she could get him alone. 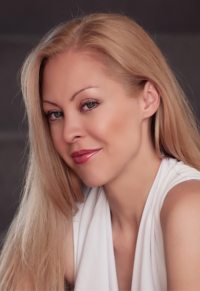 About the Author
Indoctrinated into a world of dashing rogues and feisty heroines when she was a teenager, Maddison Michaels is a bestselling, award-winning Australian romance author, who loves to write sexy history with a dash of mystery! Her debut novel, THE DEVILISH DUKE, won the 2019 RWA Australia Historical Romance Book of the year. Maddison lives in Sydney with her gorgeous hubby and daughter, and always starts her day with a cup (or two) of liquid gold… coffee (just quietly, she’s addicted to the stuff)!