New York Times and USA Today bestselling author, Jay Crownover, is revealing an excerpt from UNFORGIVEN, the second book in her adult contemporary cowboy romance series, Loveless, Texas, releasing February 25, 2020. See below for information on the book and series, pre-order links, and the exclusive excerpt. 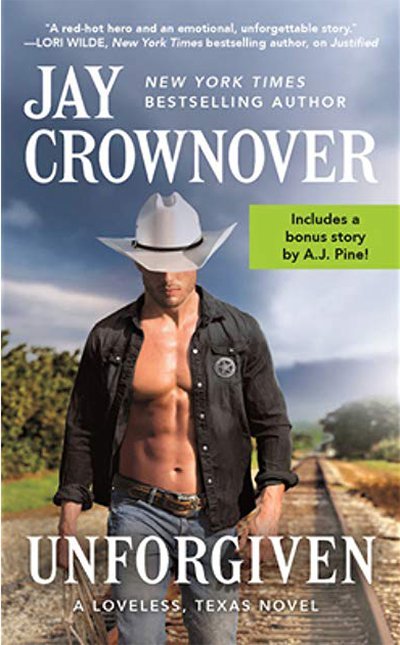 Synopsis
From the New York Times bestselling author of the Marked Men series comes an irresistible and suspenseful romance between a tough Texas Ranger and his first love–a woman in danger who insists she doesn’t need his protection.

Hill Gamble is a model lawman: cool and collected, with a confident swagger to boot. Too bad all that Texas charm hasn’t gotten him anywhere in his personal life, especially since the only girl he ever loved has always been off-limits. But then Hill is assigned to investigate her father’s mysterious death, and he’s forced back to the town–and the woman–he left behind.

When Hill left Loveless, he broke Kody Lawton’s already battered heart. And now that he’s working on her father’s case, avoiding him is impossible. She can handle Hill and her unwanted feelings–until he puts his life on the line to protect her. Suddenly, Kody realizes that Hill could be taken away from her…for good.

Excerpt #1
As I stood in the doorway, I took in the bar. It had a decent-size crowd considering it was a Tuesday night. The mix of patrons was as eclectic as the decor. It was all very Kody. The building was an old barn, so the interior had a lot of western elements, including old whiskey barrels for tables. But there were also brightly colored artwork and neon signs brightening up the space. Instead of the big lighting fixture in the middle of the bar being made out of antlers or wrought iron, it was an intricate mix of colorful glass beads. The whole thing was very country and western meets boho chic. The people filling up the seats were mostly Loveless residents. They included the guys gathered near the bar dressed in leather, covered in tattoos, and rocking club colors. The Sons of Sorrow motorcycle club had moved into the hill country on the outskirts of Loveless years after I’d left town. Now their flashy bikes and intimidating presence were as commonplace as pickup trucks and horse trailers. It made sense they liked Kody’s bar since it was between town and their clubhouse, but I didn’t have to like it.

I really didn’t like the way the large, dark-haired man leaning across the bar looked at Kody. I knew from Case that Palmer “Shot” Caldwell was the current president of the Texas branch of the club. I’d taken it upon myself to learn more about the man when he ended up in the middle of the last case that brought me home. Shot was a former marine, a decorated sniper, the son of the founder of the club, and someone Kody was inexplicably close to. Everything about her relationship with the biker set my teeth on edge and had me wanting to make a claim I had no right to stake.

As I stepped forward, the heavy wooden door shut with a bang behind me and drew the eyes of the people sitting closest to me. I saw a couple of looks of recognition, and some people purposely looking away. I nodded and touched the tip of my finger to the brim of my hat in a fairly polite greeting. These people weren’t my friends. No one in this town had tried to help my brother when he needed it the most, and I would never forget that. Unlike the Lawton kids, I’d left Loveless in the rearview mirror and planned on never looking back. All of my worst memories were here. So was the one person I wanted more than anything but knew I could never have.

Under the dim bar lights, I met Kody’s gaze across the room. She looked pale. Her wild mane of multicolored blond hair was messier than usual, and she appeared to be swaying slightly every time she let go of her hold on the bar. Her eyes narrowed, and at first, I thought she was giving me a dirty look, but the next instant her entire body lurched and she toppled over, listing to the side and disappearing behind the wide, long bar.

My heart stopped for a split second and I had to bite my tongue to stop from screaming her name. I found myself in dangerous, deadly situations due to my job, but I couldn’t recall a single instance when I had been as terrified as I was in that moment Kody went down.

I heard the biker shout her name and was vaguely aware of him kicking back his bar stool as he jumped to his feet. I was moving before I had time to weigh whether it was a good idea. Kody didn’t like it when I was in her space. She’d told me she hated me and ordered me to leave her alone on more than one occasion, but none of that stopped me from reaching the bar in record time. It didn’t slow me down when I planted a hand near the biker’s empty drink and vaulted over the top of the bar.

I landed on the floor in front of Kody, ignoring the shouts and commotion coming from all directions. I waved off the bartender hovering uncertainly behind Kody and quietly asked, “Are you okay, Kody?”

The answer was obvious when, instead of biting my head off, her big, bright-green eyes flooded with tears and her shoulders started to shake with silent sobs. Having people burst into tears as I was talking to them, was a pretty common occurrence considering my line of work. I’d developed a natural immunity to tears of all kinds. But not to Kody’s. Hearing her breath catch and watching her eyelashes get spiky and damp as she struggled to hold the tears back made my heart twist painfully in my chest. 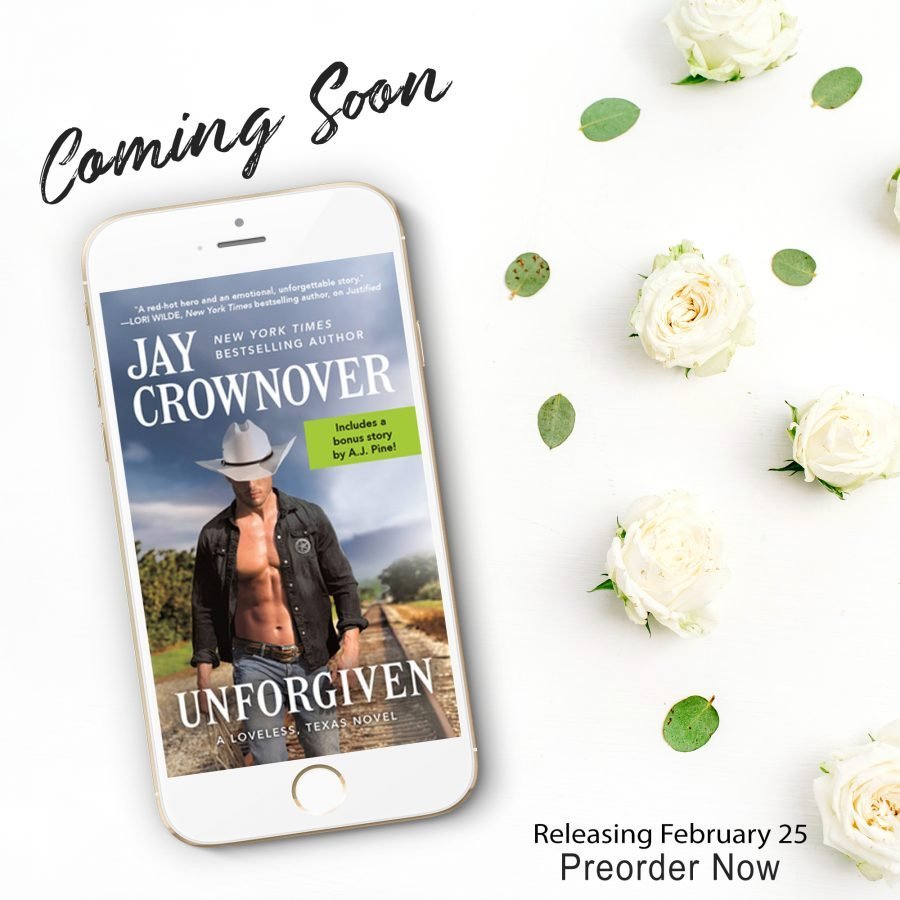 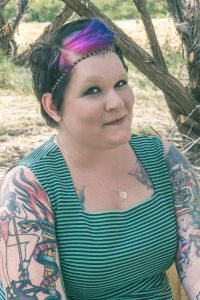 About the Author
Jay Crownover is the international and multiple New York Times and USA Today bestselling author of the Marked Men Series, The Saints of Denver Series, the Point Series, the Breaking Point Series, and the Getaway Series. Her books can be found translated in many different languages all around the world. She is a tattooed, crazy haired Colorado native who lives at the base of the Rockies with her awesome dogs. This is where she can frequently be found enjoying a cold beer and Taco Tuesdays. Jay is a self-declared music snob and outspoken book lover who is always looking for her next adventure, between the pages and on the road.