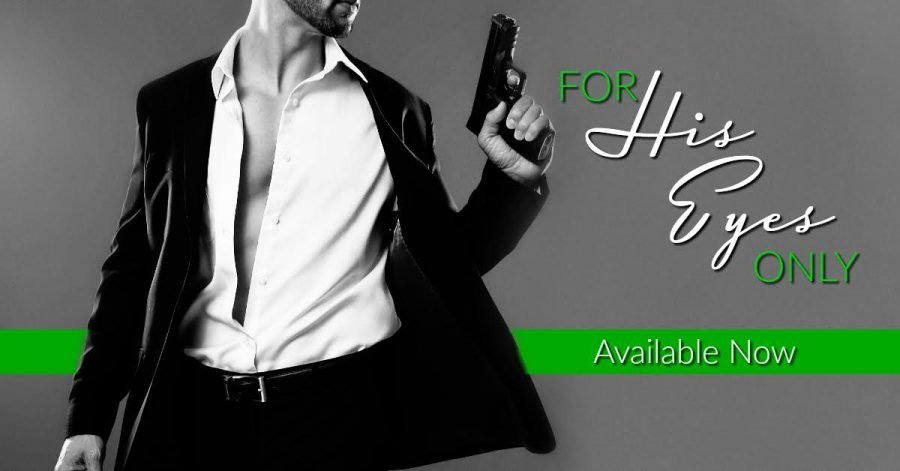 Today is release day for FOR HIS EYES ONLY, the thirteenth book in the adult contemporary romantic suspense series, Masters and Mercenaries, by New York Times and USA Today bestselling author Lexi Blake. See below for information on the book, buy links, and an exclusive excerpt. 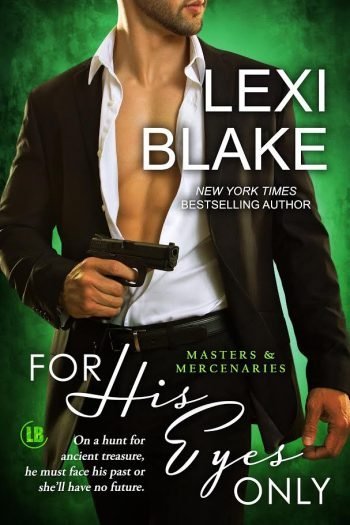 FOR HIS EYES ONLY (Masters and Mercenaries #13) by Lexi Blake

Synopsis
A night he can’t forget

Five years ago, Nick Markovic found himself consumed by his quest for vengeance. The one time he managed to find peace was in the arms of Hayley Dalton. Being with her was like bathing in sunlight, and he ached to feel that again, but he couldn’t. He gave his oath to Hayley’s cousin Desiree, his partner at McKay-Taggart and Knight, that he’d never let his darkness infect Hayley’s innocent world.

A spark she can’t put out

It was years before that Hayley offered everything she had to Nick. After that one amazing night, all she wanted was to be his forever. Unfortunately, Nick’s reaction was to walk away from her and never look back. The warm and caring man she’d discovered was gone, and after Des’s death, he’d only grown colder. But when Hayley finds herself in mortal danger, she’s forced to seek protection from the man who broke her heart.

A flame that threatens to consume them both

Haunted by the women he failed, Nick can’t allow himself to grow close to Hayley again. Running to stay ahead of the powerful forces that endanger their lives, they travel from the lush Garden in London to the glittering lights of Rio. As the threat against her becomes clearer, he realizes that to keep her safe he must confront the demons from his past, even if it costs him a future with the woman he loves.

Excerpt
Nick went back to staring at the report. “Hayley’s not mine. She was Desiree’s cousin. Now she’s my client.”

Who had been tired the night before and that was why she’d said the things she’d said. This morning she’d seemed much more sensible. After she’d had some sleep and a shower and had straightened herself up, she’d been quiet and seemingly reflective. She was very likely embarrassed by what had been said the night before.

I would get safety from murderers and I would get orgasms. I’m sorry, Nicky, you’re going to tell me how that’s a bad deal for me.

He was going to make sure she understood that his protection wasn’t based on whether or not she slept with him.

Because he wasn’t sleeping with her. He couldn’t hurt her that way again.

“So she was your old lover’s cousin,” Owen mused. “The lover you weren’t exclusive with and who wouldn’t marry you. The pretty girl who looks at you like you’re the sun in the sky is her cousin.”

“She looks at me like she would look at man who can save her.”

“I can save her.” Owen’s eyes lit up, his brows waggling. “Maybe she’ll look at me like that.”

Anger flared through his system. “Don’t you dare. I told you I would take care of her.”

His arms crossed over his big chest and Nick knew he’d been had. “Well, that answers the question with more honesty. You can pretend, but you like the girl. And if you honestly don’t then you need to know that the boys got a good look at her last night. If she’s going to be hanging about, she should be ready for some serious male attention.”

“What are you talking about?”

“The lads talked it over last night and decided there’s no dibs on this one. They all saw her at pretty much the same time. They looked over that dead body and saw her walking in the hall and that was when the fighting started. We all sat down and decided no dibs on her. She’ll get to pick. You should know that Sasha and Jax have decided if she picks either of them, they’re willing to share. I don’t play that way. That’s something I do know about meself. No need for you to be telling me that tale. If there’s going to be some sharing in the bedroom, it’s going to be the traditional kind between a man and a woman and her stacked best friend. That’s what I say.”

“Wow, now you do sound Russian. A scary Russian. Still, I think if you don’t want the girl, shouldn’t she be allowed to choose? Think about it. It could be fun.”

“Are we talking about the lost boys and their battle for the new chick?” Kayla strode in, her hair in a high ponytail. It bounced as she walked, a testament to her seemingly ever-sunny personality. “I had babysitting duty last night and they kept talking about her even after lights out. Bad boys. I had a plan though. I think we make them compete in a beauty pageant. Hayley gets to judge.”

“I’m judging a beauty pageant?” Hayley followed behind Kay, and both women were followed by Charlotte Taggart and Penelope Knight. It looked like Hayley was rapidly being accepted by the women on his team.
That was not necessarily a good thing. The women on his team could create chaos like no others.

“That sounds like fun,” Charlotte said with a smile. “I think we should require Speedos for the bathing suit competition. No boring board shorts. If Hayley’s picking a lover, she needs to see some booty.”

Hayley stopped, her cheeks going the sweetest color of pink. “Wait. What?”

Penelope put a hand on her arm. “They’re teasing you, dear. Don’t worry about it. The lads will be very polite. Though you should expect some suitors while you’re here. Especially if you come down to the dungeon.”

Now he was the one flushing. “Excuse me?”

Hayley shook her head as she joined him at the table. “It’s nothing. I was just talking to the girls. Did you get the report? Penny said the Dallas office had found something.”

He was all too aware that they weren’t alone. Damon and Ian walked in with Brody Carter and Walter Bennett. The four men settled into chairs as the women joined them. Nick held out a chair for Hayley. He would have to remember that he couldn’t leave her alone for a minute or someone would be whispering in her ear, giving her ideas she shouldn’t have. 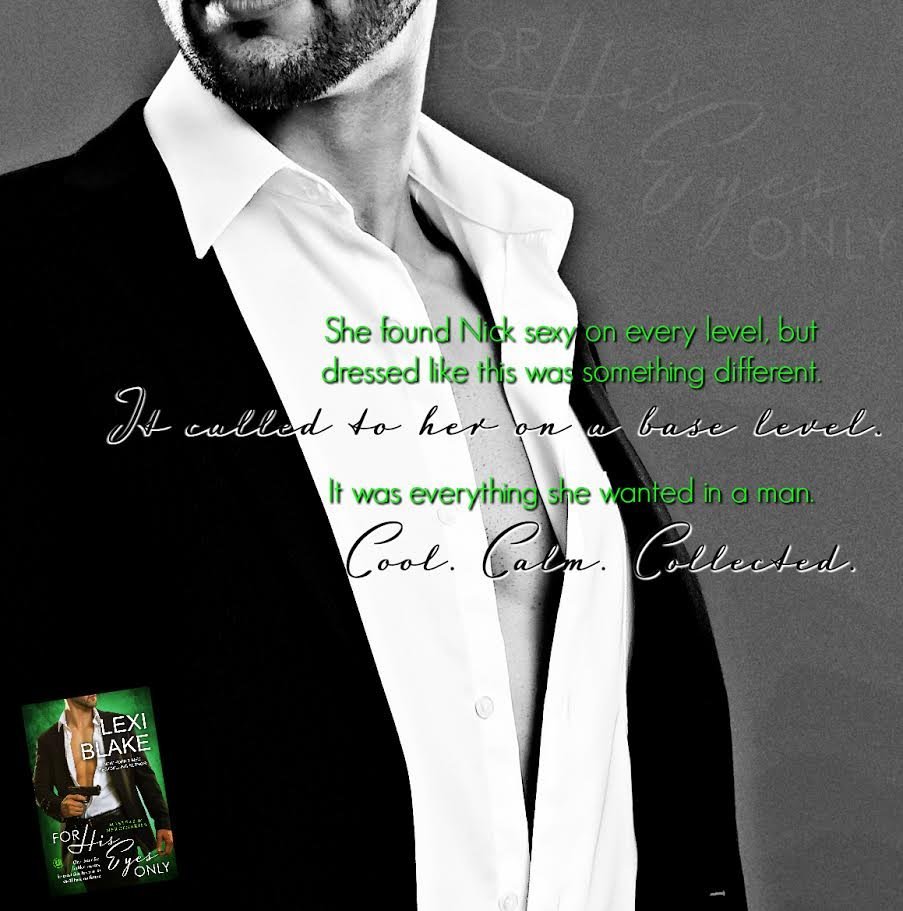