Release Day + Giveaway – SOMEONE LIKE YOU (Imperfect Hearts) by Alexandra Silva

Today is release day forSOMEONE LIKE YOU, the third book in the adult contemporary romantic comedy series, Imperfect Hearts, by Alexandra Silva. See below for on the book, buy links, an exclusive excerpt, and details on her giveaway. 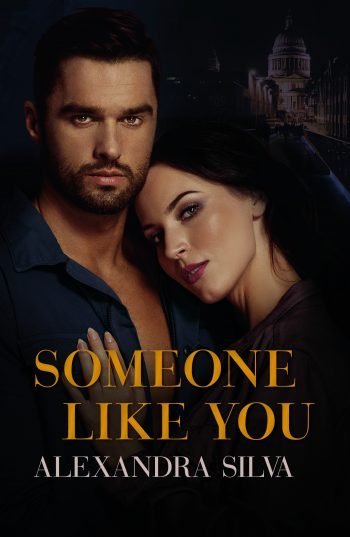 Synopsis
Dorian Anson is my friend. She’s the only person who’s ever questioned my smiles. My jokes. The one liners that have our friends shaking their heads at me. I’ve lived my life on those smiles. They never failed me, until her. I wasn’t counting on her when I designed my front. I never imagined the possibility of someone like her coming into my life.

The wild hair, the kind smile and those eyes that see everything. She was the girl with the beautiful soul, pretty face and whole heart. But hearts aren’t made to stay whole. I watched hers break. I watched her tears fall. I watched as her world tilted on its axis and shattered at her feet.

She sees me, all parts of me—the truths I try to hide, the secrets I bury. What’s mine and what’s not. She sees it all, and I can only hope the truth isn’t too much. That she won’t walk away. That she won’t leave me…alone. We both have a past. We have ghosts. We have fears. I’m hoping that somehow in the end, we’ll have each other too. I’ve never needed anyone before her, and I know I’ll never want anyone else after her. Excerpt
Over the years our girls’ nights had become more of a child friendly affair. Gone were the cocktails and in was the tea. Willow and one of our friends, Beth, had stumbled on this gem of a tearoom a while back and we’d made it a point to hold our monthly catch-up sessions here. It was a small little teashop in a quiet little residential backstreet close to Willow’s flat in Kensington.

Molly and Pippa enjoyed the vintage dress up box and us older girls liked the natter. Quincy, Willow and I were childhood friends.

Quincy was probably the strongest person I knew. We’d lost Phillip, her brother, and on top of that she’d suffered a stillbirth and divorced her cheating, scumbag of a husband after finding out she was pregnant with Pippa.

I thought that I’d die when I’d found out that Phillip was gone, I couldn’t remember anything but the sheer pain. There were times that it still hurt as much now as it did then. Especially when Phillip’s absence, his death, impacted our son. Losing the man you thought you’d love for the rest of your life was a bitch, but merely thinking of the possibility of losing Daniel, that was enough to truly kill me.

“Oh god, this has got to be the best brownie I’ve ever had.” Quincy moaned as she shoved the rest of the small square in her mouth. “If we come here more often, I’ll have to join a gym.”

“I think it might be worth it though.” I giggled, as I watched Molly and Pippa wrap white feather boas around Beth’s and Willow’s shoulders.

“What’re you giggling about over there?” Willow looked between me and Quincy, her eyes narrowed at us like she suspected we were keeping something from her.

“You say nothing,” she gestured toward me and then over at Quincy, “she says cake. Which is it?”

“Cake.” Quincy and I both sighed. It was good cake, almost better than sex, or what I remembered of it.

“I can think of something better than cake…” Beth snickered, waggling her brows at Willow. Her Welsh twang was something that made me smile to this day, I swear she could make the Hail Mary sound dirty.

Molly looked between us, her face pinched in confusion as she said, “Uncle Jake says there’s nothing better than cake and ice cream.”

“Speaking of,” Beth stood from her makeover chair and sat back at the table with us, “how did the football thing go?”

“Just good?” Quincy asked as she examined one of the mini scones glistening with jam and clotted cream atop.

“Why’re you being so evasive about it?” Willow gave me one of her curious looks.

“I’m not, the match went well, they won. It was nice of him.” I glanced over at Pippa and Molly who were going through the dress up box again.

“Yeah, it was really nice of him.” Beth sang a little too teasingly.

“Come on, Dorian, you have to admit he’s a little bit nice himself.”

“Beth.” I warned as she shrugged like I was the one being silly.

“She’s got a point, Dory, he’s actually…you know…” Quincy smiled, her cheeks blushing like she was saying something inappropriate.

“Yeah, he’s hot until he opens his mouth and then you want to slap him or snap his tongue off.” Willow rolled her eyes as she poured herself another cup of tea. I internally chuckled at her indignation, she and Jake were very alike in the way they interacted with people. They didn’t let many people in, but when they did, they were loyal to a fault. Not to mention that they were both great at pressing people’s buttons.

“I love Uncle Jake, he’s my goddaddy like you, Dory.” Molly chimed as she and Pippa sat at the table with us.

“I’m your godmother, sweetie.” I couldn’t help but tap her little button nose with the tip of my finger, something she always pulled a sort of sour face about, but never complained.

God, I’m that aunt that pinches cheeks and coos like a bloody overbearing fool.

The thought alone made me cringe as I then started to imagine myself as the cat lady on the second floor of my building. Nice to everyone, but essentially invisible and alone. As unlikely as that would be with this lot around, it still struck a dissonant chord and it made me uneasy.

When did I become this person? I asked myself, the answer immediately flashing in my mind as a pair of distant, beautiful brown eyes and a soft cheeky smile. Phillip.

“I still struggle with that decision.” Willow groaned.

“He’s great with the kids,” I sighed, trying to ignore the pang my thoughts had brought with them.

“Because he’s a child himself.”

“You know he’s not that bad.” I’d known Jake for over a decade. We’d spent a lot of time with one another. I’d learned that there was a lot more to him than what most people saw, and a part of me didn’t know what to make of that.

I didn’t understand why he’d allowed me to see him in all those lights, but it made me happy, even if that happiness brought a sting of guilt with it.

“But, he is hot, and he likes spending time with you.” Beth smiled. “Anyone would think he might like you…like you. Plus, you need to get back into the tango of things.”

“I can barely balance Daniel and work, and thinking about people like that…well, I don’t know, it seems wrong. Oh, and I have a child.”

It was a panic laced with guilt and self-loathing because what if I still felt all the same things toward Jake even if Phillip was here?

It doesn’t mean you’d still be together.

The thought made me cringe. I couldn’t imagine not being with him, not when we had Daniel. 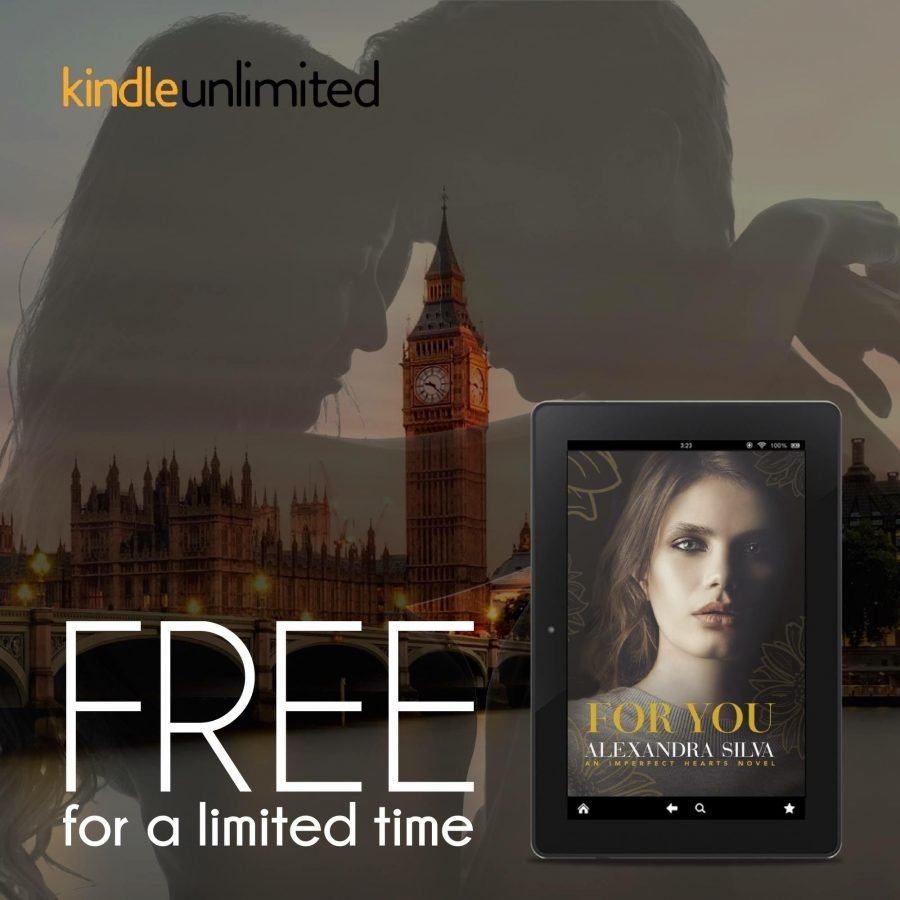 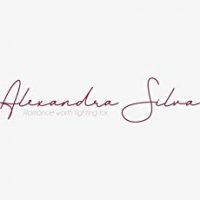 About the Author
Alexandra Silva is a lover of words and romance. She blames the classics and a nutty English teacher for her obsession with books and fiction. Come rain or shine with either coffee or wine in hand you can find her with her nose stuck in a book and her head in the clouds. She lives in London outnumbered by her very loud boys, with her very own hero and their two wild cats–Jack and Jill.