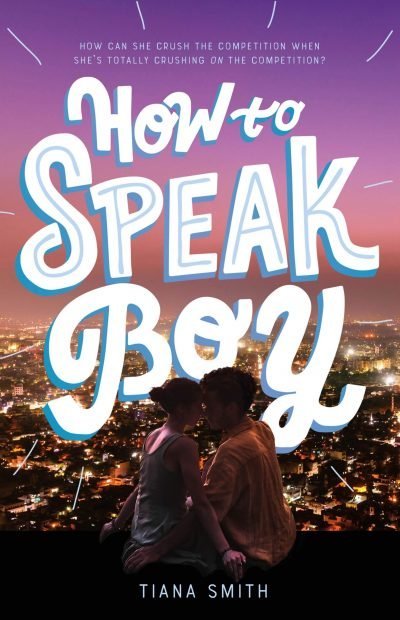 HOW TO SPEAK BOY by Tiana Smith

Synopsis
Two sworn enemies start to fall in love through anonymous notes in How to Speak Boy, a fun and charming YA novel from Tiana Smith.

Quinn and Grayson have been fierce speech and debate rivals for years. They can’t stand one another, either in competition or in real life.

But when their AP Government teacher returns their school assignments to the wrong cubbies, they begin exchanging anonymous notes without knowing who the other one is.

Despite their differences, the two come together through their letters and find themselves unknowingly falling for the competition. Before the state tournament, the two of them need to figure out what they want out of life, or risk their own future happiness. After all, what’s the point of speech and debate if you can’t say what’s in your heart?

My Review
Quinn is serious, hardworking, and in desperate need of a little fun, but she’s vying for President of the Speech and Debate Club against her arch nemesis, the utterly swoon-worthy Grayson, so fun isn’t on the agenda. She’s as competitive as she is smart, but unfortunately, nothing comes easy to Quinn. She has to work twice as hard as Grayson to be successful, or so she believes. That makes it hard for her to let her guard down around him. Even though he’s adorably perfect. Quinn’s two closest friends, Naomi and Carter, have their own ideas about Grayson. Naomi is pro-romance and Carter is dead-set against it. Apparently Grayson has a reputation of sorts and wants to protect Quinn. But the more time that passes, the more it becomes clear that Carter has an ulterior motive in keeping Quinn and Grayson apart. Underlying it all is a mysterious student who Quinn corresponds with the old fashioned way — pen to paper. With three boys vying for her interests, she’s not sure where to turn or who she can really trust.

Plot
The main plot is the romance between Quinn and Grayson, but there are a number of subplots that involve Quinn’s college future, the mysterious letter writer, her speech performance at the state finals, and her relationship with Carter. All expertly weave into the main plot to drive conflict and up the stakes. Although the reader knows who the letter writer is, well, if they read the synopsis, it’s fun watching Quinn try to figure it out. But it also adds an element of wanting to see if they’re just going to tell each other, that made turning the page to see what would happen compelling. While it did take me a good few chapters to really get into this story, because I’ll admit, speech and debate didn’t interest me in the least, once I was invested int he characters, I was all in to the story. So don’t let this aspect of the plot detract you from picking up this really awesome book.

Characters
The characters are what I loved most about the book. Quinn is so relatable as an awkward teen who strives to do her best in everything, but keeps coming up short. Her growth comes across as authentic and organic. Her BFF, Naomi is the everything Quinn’s not but wishes she was, making her the perfect sidekick. Carter was a little annoying, but necessary. Not every character needs to be likable, and who doesn’t know at least on Carter? Grayson was adorable as the self-assured son of the the Governor who seems to have everything he’s ever wanted, but underlying it all is a vulnerability that only adds to his attractiveness.

What I Enjoyed About HOW TO SPEAK BOY
1. Quinn. She’s adorkably awkward and utterly endearing. I couldn’t help rooting for her.

3. Quinn’s Mom. I love their relationship. She’s the proper blend of confidant and authoritarian, just what Quinn needs, when she needs her to be.

4. Letter Writing. In a digital world, it was a refreshing throwback to my own high school days.

5. Speech and Debate. Okay, so I’m still not sure I’d ever join this club or find going to these events interesting, but the way the author wrote about these moments, definitely piqued my interest.

What Didn’t Quite Work for Me
The story and characters were amazing and I loved the speech angle. But the ending fell flat for me. Don’t get me wrong, it’s a HFN ending, but I didn’t have quite the bang I was hoping for, what I felt it was building up to. That said, the author wraps everything up in a satisfying conclusion. 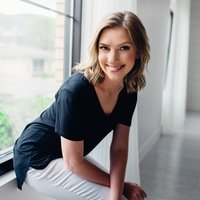 About the Author
Tiana Smith is a copywriter turned novelist who grew up in the Rocky Mountains. When she isn’t writing, she’s chasing after her ninja boy, reading, or binging the Disney Channel. She’d love to be fluent in sign language, but for now she gets by with awkward hand gestures and even more awkward French. She has double degrees in Honors and English from Westminster College but wants to go back to school to be a lion tamer.