Welcome to the sale blitz for ACCIDENTALLY ON PURPOSE, the third book in the adult contemporary romance series, Heartbreaker Bay, by New York Times and USA Today bestselling author, Jill Shalvis. For a limited time, you can pick up the eBook for just $1.99. See below for information on the book, buy links, and an exclusive excerpt.

Synopsis
There’s no such thing as a little in love . . .

Elle Wheaton’s priorities: friends, career, and kick-ass shoes. Then there’s the muscular wall of stubbornness that’s security expert Archer Hunt—who comes before everything else. No point in telling Mr. “Feels-Free Zone” that, though. Elle will just see other men until she gets over Archer . . . which should only take a lifetime . . .

Archer’s wanted the best for Elle ever since he sacrificed his law-enforcement career to save her. Their chemistry could start the next San Francisco earthquake and he craves her 24/7, but Archer doesn’t want to be responsible for the damage. The alternative? Watch her go out with guys who aren’t him . . .

As far as Archer’s concerned, nobody is good enough for Elle. But when he sets out to prove it by sabotaging her dates, she gets mad—and things get hot as hell. Now Archer has a new mission: prove to Elle that her perfect man has been here all along . . .. 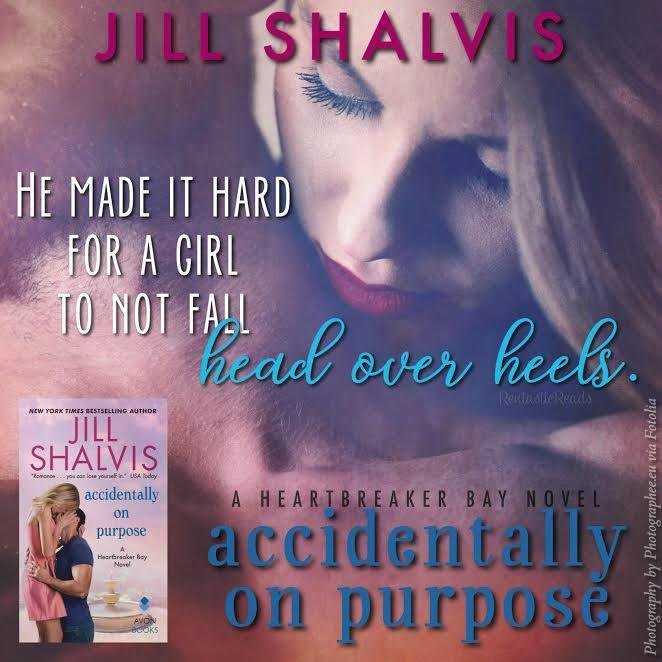 Excerpt #4
His hand caught her, long fingers wrapping around her elbow and causing all sorts of unwelcome sensations as he pulled her back around.

“Waiting for my apology.”

He cocked his head, looking amused again. “You want to be the boss of me, Elle?” he asked softly.

Now he outright smiled and her breath caught. Damn, stupid, sexy smile. And then there was The Body. Yes, she thought of it in capital letters, it deserved the respect. “If you don’t want to be walking funny tomorrow,” she said, “you’ll stop invading my personal-space bubble.”

Complete bravado and they both knew it. She’d only been at this job for a year and it’d come as a surprise to her that he’d been in the building at all. An unfortunate coincidence. Before that it’d been years since they’d had any contact, but she still knew enough to get that no one got the better of him.

He was quick, light on his feet, and physically strong. But that wasn’t what made him so dangerous to her. No, it was his sharp intelligence, his quick wit, how he was willing to go as dark as he needed to in order to do what he thought was right.

And then there was the biggie—the way he had of making her feel shockingly alive.

He did as she asked and stepped back but not before pausing to make sure they both knew who was in control here, and it most definitely wasn’t her.

No one did intimidation like Archer, and in his line of work he could be in a coma and still intimidate everyone in the room. He had muscles on top of muscles but didn’t look beefed up like a body builder might. Instead his body seemed lean and seriously badass, with caramel skin that strayed from light to golden to mocha latte depending on what the season was, giving him a look of indeterminable origin.

It worked for him, allowing him to fit in to just about any situation. Handy on the job, she imagined. But with her he was careful. Distant. And yet she’d seen the way he sometimes looked at her, and on the rare occasion when he’d touched her, like when he guided her through a door with his hand low on her back, he let himself linger. There was always a shocking and baffling yearning beyond both the glances and the touches.

That, or it was all just wishful thinking.

Not that it mattered since he still held back with her. The problem was she yearned too. Yearned for him to see her as a woman, strong and capable enough to stand at his side.

But after what they’d been through, she knew that would never happen. She turned away, annoyed by how her entire body had gone on high alert as always, every inch of her seeming to hum beneath the surface.

She should have just emailed him. 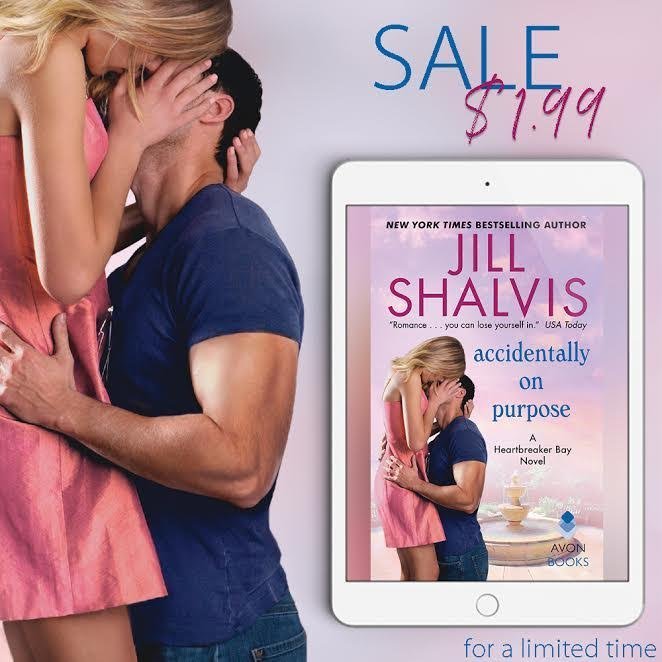 About the Author
New York Times and USA Today bestselling author Jill Shalvis lives in a small town in the Sierras full of quirky characters. Any resemblance to the quirky characters in her books is, um, mostly coincidental. Look for Jill’s sexy contemporary and award-winning books wherever romances are sold and click on the blog button above for a complete book list and daily blog detailing her city-girl-living-in-the-mountains adventures.
.