Since When is Soccer UnAmerican? 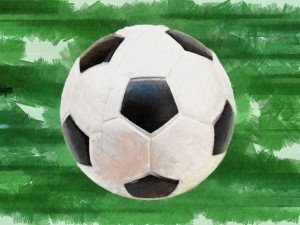 I interrupt my regularly-scheduled posts of all-things-book-related to discuss something that confuses me. Soccer and the World Cup. Books and reading are topics I love. I could go on for days about them and usually do. Soccer, not so much. But I didn’t suddenly come to be ambivalent toward soccer. I’ve never been interested in it, because, well, it’s boring. There I said it. Watching sailboat racing might actually be more interesting. And if you grew up watching sailboat racing like I did, you know how deep you have to go into the barrel of fun to find something less interesting than that.

But this week I’ve seen posts on Facebook and Twitter and OpEd pieces around the internet about how soccer is ruining America. Seriously? All because it’s not an American sport. Big deal. I don’t remember anyone talking about how unAmerican hockey was during the 1984 Winter Olympics.

I say, hate on Soccer because it’s boring, but not because it’s too European. I’m not watching the World Cup, but I can’t help getting sucked into the excitement because it’s a “thing.” And I like “things.” They’re fun. I don’t read comic books, but I go to Comic-Con every year to just hang outside the convention center and bask in the “thing” that’s going on in my town. Because it’s fun and I like being part of a big “thing.” And this sweet-sixteen version of the World Cup taking place right now? That’s apparently a very big “thing.”

So I say gather with your friends on Tuesday and drink beer while pretending to watch World Cup. It doesn’t get any more American than that.