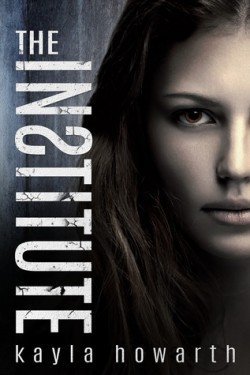 Synopsis
Allira Daniels will do anything to keep her family safe from the Institute. They claim to protect the Defectives, but really the Defectives are trapped and segregated.

Allira’s brother Shilah is not dangerous like everyone assumes all Defectives are. He just sees things before they happen, and Allira knows that if anyone finds out, they will turn on the entire Daniels family. So they live by one simple rule: be invisible. They try to blend in at school, try not to draw unnecessary attention to themselves.

But when Allira witnesses a car accident that critically injures two of her classmates, her family’s rule and her dad’s warnings are tossed aside.

Allira is quick to discover that saving Drew’s life could just be the best and worst thing she’s ever done.

My Review
Author, Kayla Howarth, paints a terrifying future where a virus wiped out a large percentage of the earth’s population and spawned a genetic mutation, creating a generation of Defective people with superpowers who must be hunted down and contained. Allira’s brother is Defective and she’ll do anything to protect him. But when the Institute sweeps up Kayla and her brother in a massive effort to find all the Defectives, she discovers things are far worse than she ever imagined.

Plot
The main plot centers around the Institute and their role in this dystopian world, how Allira fits into it, and above all else, what she’s willing to do to protect her brother, Shilah. There is a subtle love triangle that seems rushed at first. In fact, it was one of my least favorite aspects of the book. But it all falls into place by the end in an “aha” moment that made me realize how brilliant it was.

World Building
The world building is there, but it’s shallow in some areas, deeper in others. Where it really works, though, is in the development of the Defectives’ abilities and the Institute’s role in pretty much everything. Kayla Howarth does a phenomenal job of foreshadowing. So much so, you don’t necessarily realize that’s what it is at first.

Characters
The story is plot-driven, so the character development is subtle. The characters are interesting enough though, that it doesn’t seem to matter. Allira, particularly, comes across as a typical teen girl, letting her hormones get in the way of what should be her focus a good deal of the time. But her fierce loyalty to her brother always comes first. Chad, one third of the love triangle is an enigma, and I love that about him. I think there’s still a lot to find out about Chad in the rest of the series. The last third is Drew. I’m still on the fence about Drew. Just when I think I’m going to hate him, Howarth draws me back in, reminds me he’s flawed, human, impossible to hate.

Top Five Things I Enjoyed About The Institute
1. The Ending. It’s been a long time since I’ve read the last paragraph of a book with my jaw hanging open.

3. The Superpowers. Because who doesn’t secretly want a superpower?

4. Allira’s Loyalty. Shilah may not appreciate yet what a great sister he has, but I have no doubt that he will.

5. The Complexity of Drew. The fact that he was developed with endless shades of gray makes him fascinating.

Bottom Line
The Institute is an interesting take on both young adult dystopia and superheros. It melds the two together in a fascinating story that left me wanting more. 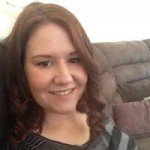 About the Author
Kayla was born and raised on the Gold Coast in Queensland, Australia. She still resides there with her husband and son, working part time for a medical pathology lab while working on her writing.

Her love of reading and movies inspired her to start something she never dreamed possible: Writing her first novel.

When she’s not working, looking after her son, or writing, you’ll most likely find her hosting her own dance party in the kitchen while she does the dishes. (Where her husband will argue that more dancing is achieved than clean plates.)